Blood is not always the thicker than water by @queentheprophet

I want to talk about something that really bothers me every time I hear it. The saying “blood is thicker then water” is true. Blood technically is a thicker substance then water. However, the reference in which it’s used normally is in the context of a sentence implying family. I know that I am not the only person walking this earth who does not have the luxury of that statement applying to me throughout my entire life.  Too often ignored is the spiritual bond and that my friends, transcends blood. Many families are very close and those families are bonded far beyond blood, they are bonded in love which lives in the soul. 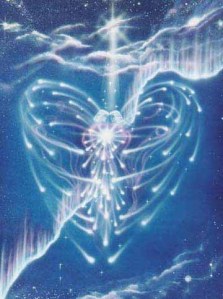 Have you ever met someone and instantly felt like you knew them? Have you ever met a new friend later in life that quickly became closer then people you knew for years? Were you raised by someone who was not family, but they’re your family?

I wanted to talk about this because there are LOTS of people that are not close to their blood families. I know that for me, although in my own family things of the past have been discussed, forgiven, and reconciled, there is still no closeness there. I learned a few years ago (wish I learned it sooner) that self-preservation is not being selfish.  I know for me personally, sometimes it’s just better that I stay on the outside of certain things so that I don’t get caught up in others. For me personally I have learned that because I choose to walk through life the way  believe in my heart God called me to walk, there is not a lot of understanding that comes from other people , family or not. Doesn’t make it right or wrong, but it still is what it is. There are lots of people who have parents that are strung out on drugs. You can love them, forgive them, honor them as your parents, but you certainly don’t have to let them babysit your kids.  Lots of times kids grow up to be smarter then their parents and I see this a lot spiritually speaking. 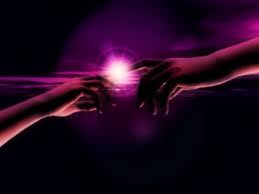 One of the hardest things I know that I have had to overcome is accepting the fact that not everybody wants to know God and some people just don’t care. That was hard because my expectations of people were too high at one time. We cannot expect the everyone in the world to “know better” the truth is Fam, some people actually don’t know better. People’s parents are not exempt. Things I would never dream about doing to someone else were done to me, but then again there was a time in my life where I too chose to walk a different path and I wasn’t caring about anyone else much in those days either. Life became a whole lot easier learning to accept people as they are when I learned to understand where they are. If you know a man or woman is having an affair, don’t expect perfect honestly out of them. Obviously they are in a place where they are doing something else. If they are in that kind of a situation, it doesn’t mean they’re bad people but don’t lose sleep over them being dishonest with you.

In this world, it is a very real thing to have people closer to you then blood. Sometimes the “family” trump card fails some of us, and kudos to all of you who have not ever had the agonizing pain of family at it’s core. I’m not being sarcastic (this time) I’m being serious. Anyone who has any idea what I’m talking about, knows exactly what I mean. I would not wish on my worst enemy some of the things I have felt or experienced. So to those who feel that emptiness and detachment when someone says “Blood thicker than water” because that has not been true in your life, you are not alone. In God’s kingdom we are brothers & sisters and when the truth in that manifests it’s self? It’s a beautiful thing.