New version of the #Bible replaces #God with @kanyewest 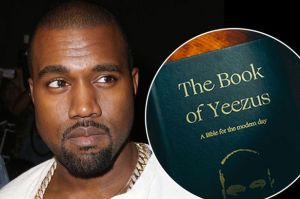 I would say that I’m lost for words, but we were told these things would happen. May God have mercy upon his soul. For the pride of life comes before the fall of man. (Proverbs)

18 For I testify unto every man that heareth the words of the prophecy of this book, If any man shall add unto these things, God shall add unto him the plagues that are written in this book:

20 He which testifieth these things saith, Surely I come quickly. Amen. Even so, come, Lord Jesus.

ENTER: to go inside, go within

TAIN: to possess or hold,

MENT: mental; the state or condition caused by an action; a concrete result

In its deepest and purest definition, “entertainment” means the concrete result of allowing something to enter into your mind and take possession of you.

#New Music by @sicnis “Love me with my clothes on” 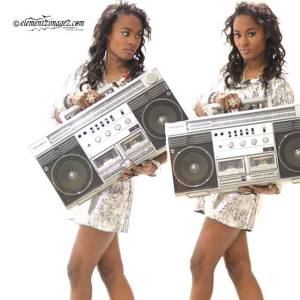 Be sure to check out the new single from Sicnis “Love me with my clothes on” which is now available for purchase!

I’d like to take a quick second just to thank her personally for all of her love & support that she and her partner in crime DJ Megastress have shown me via the Euro Invasion show on Wu-World Radio. Keep up the great work Sis, this single is refreshing! Wingz Up 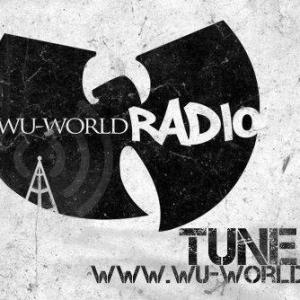 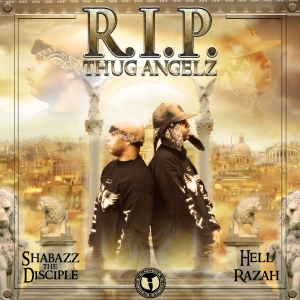 Thug Angelz fans were highly disappointed when Hell Razah and Shabazz the Disciple parted ways. As a duo their music was spiritual, inspiring, and to-date none have come close to duplicating what these two brought to the music world as a team. If you’re not familiar with the Thug Angelz concept, Hell Razah/Heaven Razah plays the part of the angel “El Raziel” and Shabazz plays the part of “Seraphim Shabazz”.

Razah’s album “El Raziel” will drop this Sunday April 5, 2015 (Easter Sunday) and is available for pre-order on iTunes right now  https://itunes.apple.com/us/album/el-raziel/id977811071?ls=1 … (distributed through Empire). As Raz mentioned in an interview we did a few weeks back (still available on this blog, scroll down) “El Raziel” is the first of many albums he will be releasing over the next few years and Easter Sunday is symbolic for him in the traditional sense of it being resurrection Sunday. 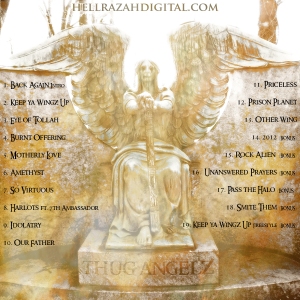 So why not on Good Friday three days before the release of “El Raziel”, close the final chapter in the book of Thug Angelz? Death & resurrection. The “R.I.P Thug Angelz” project includes the unreleased album and mix tape tracks that Razah was working on with Shabazz prior to his aneurysm as well as a few classics. This project is available to Thug Angelz fans all over the world, absolutely free.

“On behalf of Hell Razah Music, Inc. & GGO Chapters across the globe we invite you to enjoy the music and continue to support & pray for our founder and President Heaven Razah as he continues in his recovery  and music endeavors.” -Queen the Prophet (Ghetto Govt Officialz 1st Lady)