Meet 18 year-old Afro (All Flows Reach Out). Afro has been referred to as “the future of hip-hop”, and if you haven’t heard him rhyme? I’m sure after you do, you’d be inclined to agree with that statement. Mentored by hip-hop veteran RA the Rugged Man, R.A. became aware of the young emcee when A-F-R-O entered a freestyle contest on YouTube hosted by R.A. “This kid won the contest before it was even ended.”-RA (http://uproxx.com/music/2015/09/afro-ra-the-rugged-man-uncharted)

I had the pleasure of meeting both of them back in October of this year, while filming scenes from Hell Razah’s upcoming documentary “Risen, the story of Chron Hell Razah Smith”(directed by Frank Meyer). Although it’s probably not a secret to Afro that he is extremely talented,  he is one of the most humble young men I’ve ever met and that just makes me even more excited to share his music with you. I’d also like to go on record for being the first person to refer to him as a “Supernova”. I haven’t seen that in print yet, so I’m saying it and printing it. 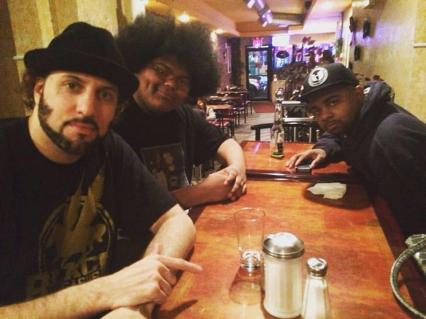 Over this past week, the official music video “Code #829” was released (11/18/15) and can be found on his new mix tape “Tales from the Basement”. “This is just a mixtape joint A-F-R-O recorded at his mothers house. Just having fun murdering flows and spitting lyrical codes for fans to decipher.. this is super ill but wait till you hear the official music and what we got in store for you all.”-RA

California-bred lyrical titan A-F-R-O aka All Flows Reach Out debuts his first official music video, “Code #829”. Taken from A-F-R-O’s new mixtape “Tales From The Basement”, the track finds R.A. The Rugged Man’s protege going in over some vintage RZA production.

You can Stream + Download “Tales From The Basement” absolutely free here: http://allflowsreachout.com/basement/

If you happen to be in Europe this month, you can catch him on his 2015 European tour with RA & Mr. Green.

Brand new official video by Joseph SD, “In My Zone”! 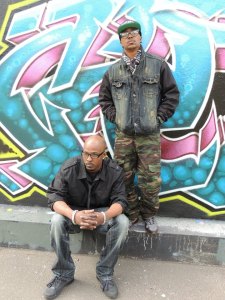 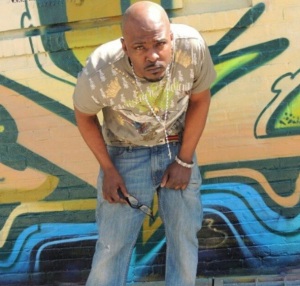 NEW VIDEO by George Yung @kinggeorge427 CRUNK IT or JUNK IT!

George Yung is one of the most consistent lyrical assassins you will find in underground hip-hop. Did I use the correct word? as·sas·sin , n.//

1. One who murders by surprise attack, especially one who carries out a plot to kill a prominent person.

Yung (DOBERMAN GANG, DBG, 427) is a 12-year vet and has been signed to multiple labels over the years. Yung Co-Owner of Doberman Gang / Kennel Club Music is not only a brilliant emcee, but he’s has his own clothing line (ICARUS) as well as graphic design company. Yung also has many skills in just about every area of video and studio production you can think of. There is not an emcee to-date that has outshined George Yung on a track. If you are a true fan of REAL hip-hop, you will love George Yung (and more then likley the rest of the DBG).

The video “Clarity” is the first in a 3-part series from his newest MXTP project “Death of George Yung” set for release 4/2013. Watch the exclusive leak of “CLARITY” then vote CRUNK IT or JUNK IT!

The circumstances which preceded Tough Junkie’s manifestation remain unclear. From the information that is available it has been determined that a culmination of frustrated mental energies and unrecognized talent created the perfect storm for his emergence. So it is said that his birth occurred in a high school cafeteria, but there is much more to the story that only a few notable scholars have been able to decipher from his lyrics, unfortunately they soon perished leaving the world still unsure of how this juggernaut’s origin came about.

Throughout Junkie’s life, music has been his outlet, lifeblood, inspiration and focus. In the late 90’s he became fascinated with beat production, initiating him well beyond music appreciation and fascination and redirecting him towards creation and experimentation. Without access to a computer, Junkie filled in the missing pieces by incorporating two dual cassette players and a Sony Walkman in what he later found out was a technique referred to as “Pause Breaking”. Continually stumbling upon commonly used and sophisticated production techniques, his infatuation with creating music grew exponentially. Realizing the importance of music in his life, he continued to educate himself and became familiar with the technological and structural aspects of production. Although his love of music has no ideology and takes no residence in a single genre, his own talent and creativity expresses itself through Hip Hop. From the very basics to the sophisticated specifics, every detail oriented to music that he has studied encompasses the styles he learns, the technology he incorporates, and the music he absorbs continually throughout his life. 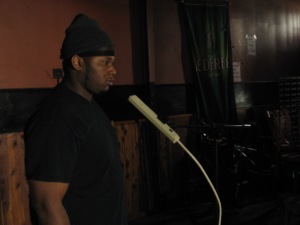 Spanning over a decade from the beginning of his journey until now, with 48 albums in his past, this release has a home at Pool Of Genius Records. With international exposure, there is hope for a struggling scene that has endured some of the most detrimental setbacks and obstacles that a collective, in its infancy, can be presented with.

We are proud to present to you his EP, “Missing.” Junkie gladly takes the role of humble ambassador eagerly carrying the duty to bring the credit that is due to his birthplace and to the Hip Hop genre as a whole.

Tough Junkie would like to apologize in advance for the mental reprogramming that entails the continued replaying of his oscillating styles, philosophical story telling and unconventional production you won’t find on TV or the radio.

Get On Some Soul- Video

Most of you know I RARELY co-sign anything or anybody. The #OPERATIONREVOLUTION Certified stamp is never to be taken lightly.

#ConfessionsOfTheHipHopMobWife : By far, this is my favorite piece on an artist I’m blogging to-date. Charlie Summers is Fam to me (#DBG #427) but that has nothing to do with why it’s my favorite. To be quite honest, Charlie and I got off to a bit of a rough start… LOL You just can’t have 2 Gemini’s in a room. That’s 4 people in the room trying to run the show.

I love what I’m presenting to you because in my personal opinion, Charlie Summers (Ciroc Boyz, Frat House USA) makes some of the best music I have ever heard (He’ll be finding out I think so highly of him at the same time you all do). Fam, I can’t front if I wanted to… Charlie’s latest video “The Last Donut” is not only one of the most outstanding pieces of independent film I’ve seen, but the music? Smh… I smile every time I hear it. I remember when music used to move me. Somehow it got lost and #OPERATIONREVOLUTION stepped up to bring it back. I strongly urge you to watch this video and see for yourself. Charlie, you found hip-hop. Thank you for bringing it back. #SALUTE #DBG #427

After a lifetime of quietly paying dues while honing the secrets to his craft, Charlie is ready to unveil an audio reinterpretation of cool to the world with his stunning mixtape, “thatsummerlife”.

Charlie Summers delivers clever lifestyle-driven lyrics that evoke an overall aura of couture, no matter how grounded in city living. His voice is smooth, his flow’s are relaxed, yet hungry, and he’s arrived with the soundtrack to your summer.