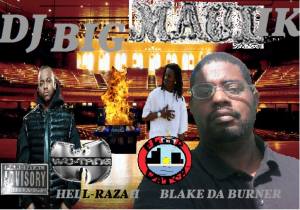 QTP: For those that don’t know talk a little about yourself and what it is that you do, and where you’re from?

DJBM:Im a mix tape Dj Im from Brooklyn,N.Y. I got in the game back in 1996. I started selling mixtapes on the street of Brooklyn when i was young LOL

QTP: Have you always been a DJ? Talk a little about how you got started.

DJBM:No i was a Rapper at first Becuase i used to look up to my brother DOCTOR-ICE from U.T.F.O. my rap name then was BIG MOE LOL But then i started to Dj When i was trying to do party’s
then i went on to doing mixtape’s after i listing to DJ CLUE and DJ ACTION PACK.

QTP: How and when did you first meet Razah?

DJBM:I met Razah from his brother TRAYBAG in 05 We talked over the phone at that time i was DJ-ing at a radio station in scranton,pa. which was 99.5fm he was asking me to be his DJ then
but i went up state and we lost contact but we found each other again lol thats my brother.

QTP: How many MXTPS have you hosted for Raz to-date? What are their names and where can people find them?

QTP: When and how did you get involved with GGO?

QTP: What other things are you working on? Can you talk a little about Floodwatch Entertainment (who you are and what you do) and your artist Blake da Burner?

DJBM:I started FloodWatch Ent. in 2001 I got 6 artist on my label which is BLAKE DA BURNER/PG13 THA GOD BODY/UNTAME/MS.CUBBY/MS.TRIP also GANGLAND. So look out for they
mixtape coming soon.

QTP:  What can folks expect from you over the next year? What projects are you working on music & otherwise?

QTP: Anything else you want folks to know? 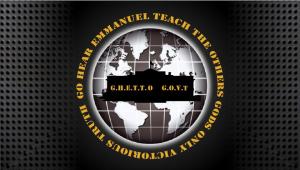 READ THE FOLLOWING INSTRUCTIONS CAREFULLY. IF YOUR EMAIL IS NOT RECEIVED THE WAY IT IS SPECIFIED BELOW, DUE TO THE VOLUME OF EMAILS RECEIVED IT WILL NOT BE OPENED. PLEASE READ CAREFULLY.

SUBMISSION INSTRUCTIONS GGO MEMBERS ONLY: (For more info about how to get involved with the Ghetto Govt movement email Ghettogovtinfo@gmail.com 4 details)

YOU MUST INCLUDE YOUR CHAPTER IN THE SUBJECT LINE OF YOUR SUBMISSION. ALL MXTP INQUIRIES & SUBMISSIONS MUST BE SENT TO GGOMXTPS@GMAIL.COM

IF YOUR EMAIL IS STRUCTURED INCORRECTLY, YOUR MUSIC WILL MISS SUBMISSION DEADLINES AND NOT BE CONSIDERED.

YOUR EMAIL MUST CLEARLY STATE YOUR GGO CHAPTER IN THE SUBJECT LINE (I.E. GGOATL, GGOMEXICO, ETC.) AS WELL AS THE TITLE OF THE MXTP YOU ARE SUBMITTING MUSIC FOR.

YOUR EMAIL MUST CONTAIN THE TRACK IN MP3 FORMAT ALONG WITH ARTIST NAME, & TRACK NAME.

IF YOUR TRACK IS SELECTED FOR THE CURRENT MXTP THEME, YOU WILL BE SENT AN INVOICE FROM THE GGO PAY PAL. PAYMENT FOR YOUR SLOT MUST BE RECEIVED WITH IN 5-BUISNESS DAYS. IF YOUR PAYMENT IS NOT RECEIVED WITHIN 7-BUISNESS DAYS (FROM THE DATE OF INVOICE) YOUR SLOT WILL NOT BE HELD. GGO MEMBERS CONTACT YOUR CHAPTER LEADER FOR PRICING ON CURRENT MXTP SLOTS.

IF YOU DO NOT HAVE A CHAPTER YOU ARE REGISTERED WITH YOU ARE CONSIDERED NON-GGO.

YOUR EMAIL MUST CONTAIN THE TRACK IN MP3 FORMAT ALONG WITH ARTIST NAME, & TRACK NAME.

IF YOUR TRACK IS SELECTED FOR THE CURRENT MXTP THEME, YOU WILL BE SENT AN INVOICE FROM  PAY PAL. PAYMENT FOR YOUR SLOT MUST BE RECEIVED WITH IN 5-BUISNESS DAYS. IF YOUR PAYMENT IS NOT RECEIVED WITHIN 7-BUISNESS DAYS (FROM THE DATE OF INVOICE) YOUR SLOT WILL NOT BE HELD. NON-GGO SLOTS ARE $150.00 THERE IS ONLY 4 NON-GGO SLOTS AVAILABLE PER MXTP AND WILL BE SELECTED BASED UPON THE QUALITY OF THE MUSIC RECEIVED.

HELL RAZAH & DJ YELLO, July 2013
THE NEXT GGO MXTP WILL BE RELEASED 11/2013. SUBMISSIONS BEGIN 7/15/13 ANY RECEIVED BEFORE HAND WILL NOT BE CONSIDERED. PLEASE SUBMIT PROPERLY. 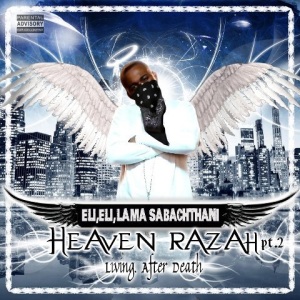 Razah is rumored to have suffered a brain aneurysm in April 2010. He was quick to recover and continue recording. He came to adopt the moniker Heaven Razah. { @heavenrazah via Twitter }

GHETTO GOVT is a Revolutionary Project of HELLRAZAH to bring unity, peace, empowerment and education to the divided states of america.
So if you see the hash tag #GGO…. Now you know. 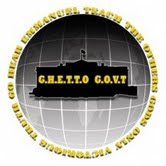 Now fam….You all know I don’t co-sign a thing unless I believe in it & the filter that came with my mouth is broken. This one though? SUPPORT this project & download via iTunes #QueenCertified – QTP

Next on deck!
TUNE IN: NIKKIRICKSHOW.COM 4/25/13 9pm EST for her interview with HELL RAZAH!

TEC!: CHECK OUT THE LATEST ON QUEEN THE PROPHET. THE HYPE IS ON! http://liveforentertainment.blogspot.com/2013/04/check-out-latest-on-queen-prophet-hype.html?spref=tw …

Go to #itunes and get Hell Razah @heavenrazah new album #livingafterdeath and check out the #interview… http://instagram.com/p/YAfeWkn_DH/ via Siren Song Radio