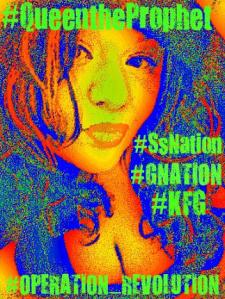 #ConfessionsOfTheHipHopMobWife
The Industry- If you are a legit business woman in hiphop, you know I’m telling the truth when I expose how difficult it can be. @GRYNDHOUSZ gave me some words once that I have never let escape me. “As a woman in the industry, you’re a whore until you prove yourself innocent”. May sound a little rough for some of you but nothing is rougher then the truth at times. When you start making moves that involve money or get attention from folks who actually hold some weight in the game, every moral you say you have will be put to the test. Sadly, there is a HUGE number of women in the game that have screwed their way there. Sure they’re responsible for what they choose to do.. don’t stone them though. For every woman who has made one of those moves nine times out of ten there were twenty doors slammed in her face or some jerk in a suit painting the picture that if she ever wants to get ahead this is the way it goes. I’d be a liar if I said there weren’t opportunities that passed by my team simply because I wasn’t dropping draws. The thing is though, I’m a sucker for the feeling of earning something. I don’t want anything I haven’t earned.
-QTP