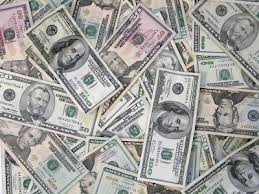 When you are an independent artist, you get robbed all the time. As much as we try to avoid this, people lose money all the time because there are people who will do or say anything just to make a few dollars. Here’s the SAD TRUTH…. these plots don’t impact the people who could recover from loosing $25 easily (not that ANYONE deserves to get robbed). These blood suckers take it from YOU. The struggling artist with a dream, scraping up your last to put your music out. They are aware of this. That’s why you are their target. You’re more likley to get mad and then just go away.

Some of the most common schemes in the underground music community:

Don’t be stupid. Do your homework before you pay people to do something.

A real business person values their reputation and will provide you with an invoice detailing what you’re paying for. Nobody can promise you the moon, you can invest $10k into music promotion and if the music is bad, it is what it is and is the luck of the draw just like it is for everyone else. The best that you can hope for & do for yourself on a limited budget is find people who will give you what you pay for.