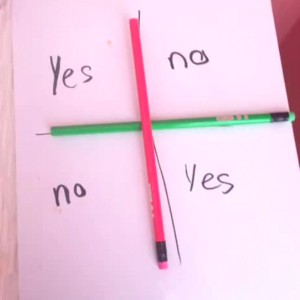 The “Charlie Challenge” has not only gone viral over social media, but it has also made major news headlines. Unfortunately, many have participated without knowing the “game” they are participating in is very similar to the use of a Ouija board and has an occult-like origin (similar to the “game” Bloody Mary). A few days ago when the game was at it’s peak, information began to surface that the game it’s self  was “an old Mexican tradition and a supernatural ritual that is used to contact a ghost.” Yesterday, I saw headlines from even the likes of Fox News titled that the social media craze was “trying to summon a demon” (all coming up on the first page of Google’s search engine) and when looking for similar headlines today about the same topic, all I have found on front page searches is comments and articles downplaying the game and rebuttals that there is no demon associated with the game (which I’m sure are written by the same people that believe Ouija is a harmless “game” as well) starting with the ever respected TIME (time.com). It is so important in this day and age for you to KNOW what things are and are not and you can’t rely on major media to be that final say. What you need to keep in mind that anything funneled through mass media is owned by a corporation and the wealthiest folks in this world are calling all of the shots for what you need to know and don’t need to know based upon what suits their needs basically because they think you’re stupid and as long as you buy, sell, go to work everyday and continue to support their “system” that’s all they care about. John 8:44 “For you are the children of your father the devil, and you love to do the evil things he does. He was a murderer from the beginning. He has always hated the truth, because there is no truth in him. When he lies, it is consistent with his character; for he is a liar and the father of lies” NLT

It’s so much deeper then “conspiracy theories” (which by the way, many of them turn out to be absolutely true i.e. Asbestos, Watergate, The Mafia, Manhattan Project, MK-Ultra, Operation Snow White just to name a few. http://www.infowars.com/33-conspiracy-theories-that-turned-out-to-be-true-what-every-person-should-know/) it’s about knowing the the truth according to the Word of God, because without it? You are going to fall in between the cracks of the world’s evils being tossed to and fro emotionally, financially, physically, and spiritually. You don’t have to agree with or believe something is real in order for it to be real or the truth.

Hosea 4:6 “My people perish for lack of knowledge” The word “perish” means “to suffer death typically in a violent, sudden, or untimely way”. Why should you die for what you don’t know if all the knowing in the world is freely available to you right now?