A message from the throne (Isaiah 55:1) by @queentheprophet

I was trying to get some work done and I ended up having  a conversation  with someone who is going through it right now. We started to laugh and swap struggle stories because everybody has them and sometimes? We realize a good deal of us are having it at the same time. After my conversation, I was trying to have a moment alone with God to reflect on the things in my own life I need His hand in and all the sudden He said, “My word shall not return to me void, remind them of that.” Well now here’s where it might get weird for some of you that don’t have a relationship with God. Unfortunately at this stage of the game I no longer have time to impress you, their simply isn’t time. The word I am going to release over all who read this is coming directly from the mouth of The Lord and anyone who knows Him, will attest to what I say because He will confirm it in them.

There are some of you that have pretended and fooled many, but you have not fooled Him and there are some of you who never even bothered to try. Judgement begins at the house. Every false prophet, every individual that uses the name of the Lord but their hearts are far from Him, and every person who has been responsible for leading anyone astray is due to reap exactly what the Lord see’s fit because His judgments are righteous. Most American’s have stood by and done nothing while they stripped God from this nation. God will not force Himself somewhere He is not welcome. For those of you who have suffered but yet were obedient to the unction of the Lord and have done the things He has spoken to you even when it has cost you everything time and time again,  He wants you to be reminded right now that “So shall my word be that goes forth from my mouth IT SHALL NOT return to Me VOID. But it SHALL accomplish what I please and it SHALL PROSPER in the thing for which I sent it” (Isaiah 55:11 NKJV) He is coming but before He does, He is going to give life to the words He has spoken over you and your life. The promises that God has spoken to you or over you are going to begin to manifest themselves in such a way that it can never be credited to anyone else’s doing.  This time will be great, but it will be short ” 30Then the sign of the Son of Man will appear in heaven, and then all the tribes of the earth will mourn, and they will see the Son of Man coming on the clouds of heaven with power and great glory. 31And He will send His angels with a great sound of a trumpet, and they will gather together His elect from the four winds, from one end of heaven to the other.” (Matthew 24:30 I encourage you to read the entire chapter). 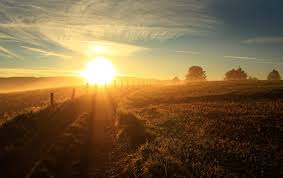