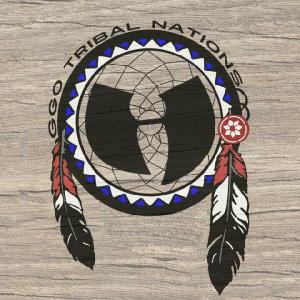 You may be familiar with Wu-Tang Clan Affiliate/ Sunz of Man Hell Razah’s (Heaven Razah, Razah Rubiez) GHETTO GOVT (Go Hear Emmanuel Teach The Other’s God’s Only Victorious Truth) global movement. GGO (Ghetto Govt Officialz) are active in their communities (food drive, clothing drives, etc.) as well as in music. You may also be familiar with Razah’s label, Hell Razah Music, Inc. but we’d like to introduce the newest division of GHETTO GOVT which will be headed by HRMI artist D. Strange (The Book of Daniel) (who also the GGO AZ Chapter Leader) the GGO TRIBAL NATION. The GGO Tribal Nation logo includes the trademark Hell Razah “H” as well as a traditional Native American Dream Catcher with feathers (which by the way, we obtained tribal permission to use before executing. For those who are unfamiliar, feathers are earned and not costumes. This is why you’re hearing backlash about mainstream artist Pharrell and Chloe Kardashian. “Dressing up” as a Native American is just as outrageous as “dressing up” as any other nationality would be and inappropriate use of symbolic Native American traditions is disrespectful. 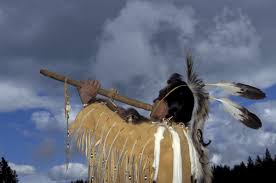 Here’s a little more insight about the usage of feathers in Native American tradition from the GGO Tribal Nation Chief, The Book of Daniel:

“The Feather has sacred significance in Native American Spirituality. To us, the honor of carrying a feather is a sacred blessing, an honor that is given to an honorable and trusted figure. Warriors are presented with sacred feathers which holds the significance of a fearless protector who is willing to sacrifice himself in battle for the honor and progression of his people. Medicine Men, Those considered “spiritually anointed”, Leaders, and Spiritually Gifted Men are awarded feathers as Leaders. They are regarded as a gift given by the Most High to bring healing and blessing upon the people and are often used as a direct line to send prayers to the Creator. Each feather holds its sacred meaning. One who is awarded a feather should know why he was entrusted with such a sacred gift. To wear a feather (in a Native American fashion) without knowing the significance defiles the spiritual purpose. The feathers on the GGO Tribal Nation Seal represent the spirituality and strength in each member that has overcome their struggles and hardships, as we continue to battle through this Rez life. A-HO all my relations” – The Book of Daniel (COCOPAH Tribe translated from KWAPA)

MISSION & VISION OF GGO TRIBAL NATION:
The GGO TRIBAL NATION is a gathering of strong, artistic, and talented Native Americans, united from various Tribes, in order to heighten spiritual and traditional culture awareness that has been lost in today’s society to the Youth though music in a positive manner, as we ourselves face the trials of everyday struggle on and off the Rez. – The Book of Daniel

Be on the look-out for upcoming GGO Tribal Nation music & projects coming soon! The first single from my solo project “Rise of the Phoenix” (produced by Sneak Vandel, GGO/HRMI/ BKZU) drops in July and features GGO Tribal Nation Chief, The Book of Daniel. (Project drops in full September 3, 2014)