Born in the “Tar Heel State”, also known as “North Carolina”, Author & Poet “Michael Lee Womack was welcomed by his parents “Brenda Thompson” and “Billy Ray Womack Jr” on the 17th day of February, 1987 in the small town of Sanford, North Carolina. In the summer of 2005 this North Carolina author “Michael Lee Womack” graduated from “Lee Senior High School” located just within the city limits of his home town. Approximately one month later from reaching this landmark in his life, on June, 30th, 2005 this young man became a part of something bigger than anything that he had ever been a part of at this time of his life. “The United States Army“. While a soldier of this historical organization he would deploy in support of “Operation Iraqi Freedom” on multiple occassions. In the years of 2006- 2007 he would do so as a “Calvary Scout” with his brothers and sisters in arms of the 3rd Squardron 4th U.S. Calvary Regiment located out of the Pacific Island of “Hawaii“ with the intent of assisting the “Iraqi Army ” in taking over their own country. Three years later, after serving honorably as “Calvary Scout” this trooper sought to learn another skill. The great southern state of “Georgia” would soon be his next home as he continued his journey onto the home of the “United States Army Signal Corps” , also known as “Fort Gordon”. It would be their in which he would learn the skills required to be a “25 Sierra” “Satellite Communication Systems Operator/Maintainer”. After obtaining the knowledge required to carry out the duties of his new occupation he would continue to “soldier on” to “Fort Stewart, Georgia” home of the 3rd Infantry Division. As soon as he made way to his new Army family “Charlie Company 4-3 BSTB” he would eagerly prepare himself for a second deployment to Iraq where he would serve a year from 2010 to 2011. This deployment for him would be well worth it, because upon coming home he would meet “The Love of His Life”, his beautiful wife “Stephanie”. It was also during this very deployment where he would write his book of erotica poetry “Sexual Intimacy Beyond Pleasure”. As he lives each day of his life, he strives to become closer to reaching his goal of one day becoming a “bestseller author”, and truly believes that with each new readers purchase of his book his goal will soon one day be a reality.

I call this book “Sexual Intimacy, Beyond Pleasure”, due to the fact that the joys of sexual intimacy, it’s experience, and the display of it, are indeed “Beyond Pleasure”. I chose the word beyond, to act as a shorter version of the words “more than”, because I am sure that you would also agree, that sexual intimacy should be more than pleasure. Explore this book, and see that it can be ” more than” pleasure.

Join me in the exploration of that phenomenon and allow it to revamp, rejuvenate, rekindle, or spark, what used to be there, or what never was there behind your door of sexual intimacy. Especially if that door is between you, and the most important person with whom you desire to be the most sexually intimate with. Especially if they are the one with whom you share your deepest love! Whenever it comes to the sexual intimacy in your relationship, will you fall short of pleasure? Or will you go beyond pleasure? You can have sex with anyone, but you can only truly make love to one person. The question that you must ask yourself, pleasure, or beyond pleasure? 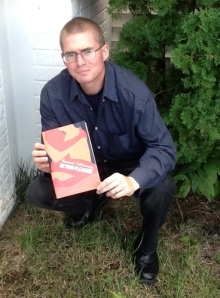