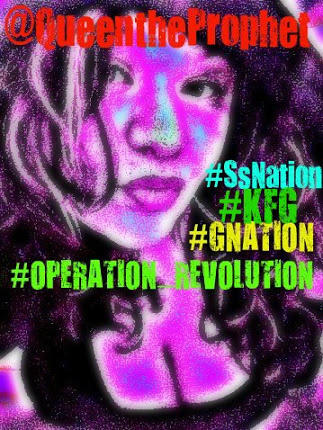 #ConfessionsOfTheHipHopMobWife: 4 Love & Hip-Hop (1st Confession of 2013!)
This will be the start of the confessions I’m sure will be more interesting then the others because as promised for #2013, I shall be confessing TRUE STORIES of my journey behind the scenes. For the last 20 years, hip-hop has found its way into my personal love life. I’ve tried many times to go outside this dating or marriage (for that matter) but as most professional entertainers will tell you, it is EXTREMLY difficult to date someone or have a meaningful relationship with someone who does not understand the life that comes with the creation of music.

People think they can handle it, but the reality of handling the insanity of late hours, days & weeks out of town, no phone calls or texts for hours on end, the compete obliviousness to the rest of the world while in the middle of a project, the expenses, fending off the viciousness of the industry, and not to mention I am a female that is constantly surrounded by men is that it doesn’t last. How much do you think my X’s enjoyed calling me at 3 in the morning and I was just leaving the studio with 7 other men? Just like with anything in life, when you date someone you work best with likeminded individuals that have the same focus and vision. It is very difficult to find a happy middle ground if your passions are entirely different.

Business and pleasure…. We all know the rule don’t mix it right? Well, we all also know that I pretty much just do what I want. LOL Real talk, I’ve had business & personal relationships intertwined and they were great (because the person involved was of my same mindset), and when I started dating again over the summer (after a long time of being single) I went through a few short term disasters. Then, as I mentioned in other blogs I met the most amazing human being & friend one day, out of nowhere.

Here’s the confession… yes, he’s an emcee and yes, it is an artist you will see me push for 2013. Who? Well you’re going to just have to wait and see if I spill that…. Here’s how that happened… When we met we had no idea the other did music. Then when I heard his music? I kid you not, I have only ever heard a small handful of TRUE natural talent emcees, and his flow was so unique I thought I was going to have a seizure. The publicist kicked in. His first answer was no. I felt like a doctor sitting in a crowed place watching somebody die and everyone was saying “We know you’re a doctor but 911 is on the way” while I was busy jumping up and down screaming “I’m a doctor!!” We have one rule, the music never comes between us. For us it works, despite what other people’s opinions may be. I can confess this though, if you make music you know the intensity of the passion that goes into the creation of it. Being able to have that passion in common alone can set your heart on fire, but having both can take you into an orbit that most people will never experience. Now that’s Love & Hip-Hop…
Be Blessed
-QTP

Similar Article you willlove if you’re a true fan of hip-hop :
http://digitalminded.tumblr.com/post/39598626259/is-hiphop-dead